Don't troll me, bro. I'm no Linux hater. I used Linux for years. I started with Caldera back when we didn't know that SCO was evil. Despite lacking coding skills of any kind, I hand-crafted my system from the ground up. At that time I was so tired of Windows that I ran Windows apps from a server to my desktop machine just so I could use Linux as my daily driver.

Linux is a fantastic OS. It's powerful, capable, efficient, and dynamic. You can make it do anything you want, as long you A) have the nerd chops and B) you don't work a job which requires mainstream applications. There are the standard arguments, though. Linux has plenty of apps that are like Photoshop/Microsoft Word/whatever. Linux has peerless security. Linux is more reliable. Linux is a lot of things, and most of them are good, but it's no bed of roses. 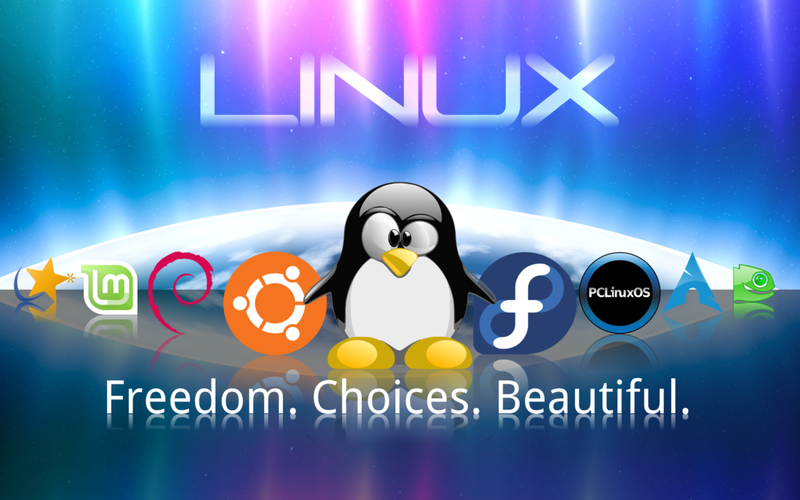 Linux is also a terrible OS. It's complex, confusing, chaotic, and cryptic. If you are lucky enough to have an arrangement of chips inside your computer that are compatible with the one of hundreds of Linux distributions you selected, you might just get it installed the first time around, and forget it if you want to get it on a laptop or have a UEFI BIOS. Installing apps is also a crapshoot. Ubuntu has an app store, but it doesn't offer everything and has serious reliability issues. You might want to settle in and learn about make and tarballs. It's gonna be a long month. Security is fine, but it's no better than Mac OS X, which uses a similar foundation for security. Besides, security is only as hard as the user is willing to make it, and most average users don't care to be bothered. As for reliability, that gap has closed. I'm using Windows 10 preview on the Fast Ring and I rarely crash or have to restart, and Macs are legendary for their reliability.

Linux just isn't the panacea the diehards would have us believe.

I know that makes it sound like I'm not a fan, but I am. In fact, I've been a fan for much longer than most, and I'm not even a coder, so I don't have the skills to hack Linux into my perfect OS. Yet, despite these limitations, I learned enough to shape and mold it enough. I still check out the new releases of Ubuntu and follow Ubuntu Touch development. Whenever I see a new piece about Linux in my news feeds, I generally read it.

I'd like to think that this is just a thing, if you know what I mean. The alternative is to suggest that the Open Source model just doesn't work as well as many had hoped. As disturbing as that might sound, it might be true. There are hundreds of distributions (kind of like brands, for the uninitiated) of Linux, but only a precious few can be counted among the known. Ubuntu is the one at the top of the recognition heap, and its the one most people gravitate towards. Mint is popular, as is Fedora, Red Hat's entry. These have even overshadowed their progenitors, Debian and Red Hat itself.

The reason that this dynamic exists is because Ubuntu is developed with a solid ethic and on a regular schedule that can be counted on like a good, solid Timex watch. Ubuntu also rolls out their Long Term Support editions every few years, as well. The LTS is designed for business, and to sell Canonical support plans, which is where most of the revenue to make Ubuntu comes from. There is absolutely nothing wrong with this at all. It's a perfectly sensible and ethical business model, but it's important to know that there's a company behind the generosity and freedom of Ubuntu.

But it doesn't matter. Canonical is a large company that makes a good amount of revenue, but they have still failed to make Ubuntu and household name or even crack significant desktop installation statistics. If that wasn't bad enough, the trends have been clearly indicating that desktop is dropping in popularity. Numbers show that most Millennials spend the bulk of their time on the internet via their phones, a primary driver of the Phablet market. Even the elderly who use smartphones will check Facebook on the small screen three out of every five times. With Linux only being represented on mobile devices by Google's abysmal Android OS, that fact doesn't lend a lot of credence to the idea that Linux is about to break through.

Then there's the App Economy. Apple and Google have carved out enormous, billion dollar markets for apps in their respective markets, and people overwhelmingly find apps a more appealing way to access their increasingly internet-based apps. So much is moving to the App model and run in the Cloud that desktops are becoming a burden. I have 23 apps on my Windows 10 taskbar, 15 of which are Google Chrome "Apps" (meaning they just run in their own browser window). The rest are desktop apps that access online services, all except Steam, which is an online system that supports my desktop-only PC games.

You can do the same thing with Linux, but then you'll be faced with all of the unknowable challenges of getting it installed, learning how to use it, figuring out how to work around the lack of tools you are used to, and even things like how to get it connected to a wireless network, which can be oddly complex, depending on which Window Manager you select. A little hint; my fave WM is Xfce, but if you are a noob, don't bother. Just go with Ubuntu or Mint Cinnamon.

Once you're done, though, I think that you'll soon find that Linux really isn't a great replacement for Windows 7.

Take in the opposite perspective @ ZDNet.